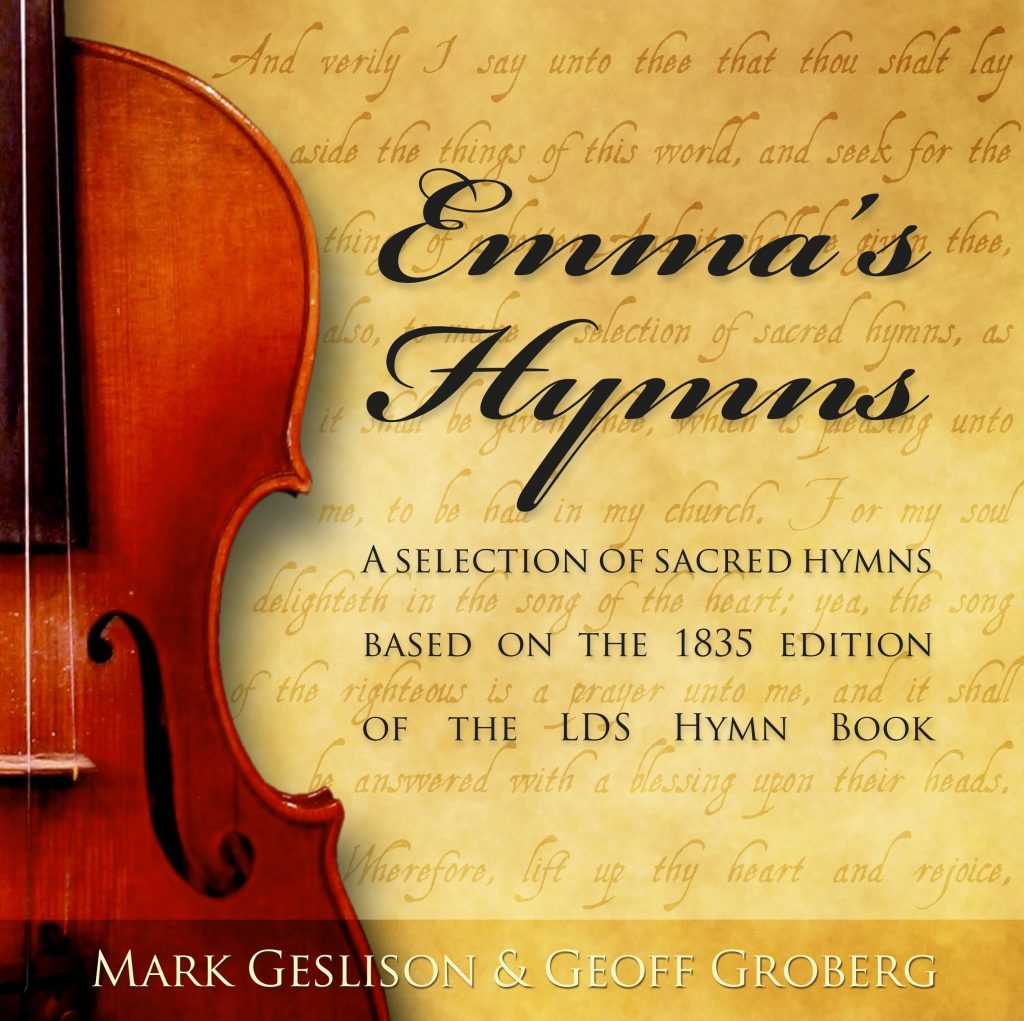 Featuring instrumental arrangements by Mark Geslison and Geoff Groberg along with 6 other guest musicians, this award winning CD is a selection of sacred hymns from the original 1835 edition of the LDS Hymnbook that Emma Smith compiled herself.

Find it on Spotify, Amazon Music, and iTunes 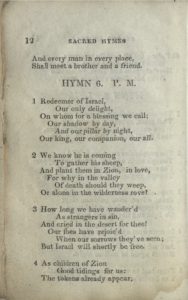 a page from the original 1835 edition hymnbook

In 1835 Emma Smith, wife of the prophet Joseph Smith, was given the assignment to compile a collection of hymns. She relied on common hymns and standard melodies as they were known among the Christian congregations of Ohio and New England at that time. She included hymns that would have been popular among early Latter-Day Saints, hymns that reflected their feelings and beliefs.

Many people today may not realize that 19th century hymnals contained text, but did not contain musical notation. This is the case with the 1835 edition of the LDS hymn book. When people sang hymns they referred to the hymnal for the text, but the tune, or melody, was typically interchangeable and flexible from hymn to hymn.

Between 1835 and 1985 the LDS hymnal went through several changes resulting in new editions that began to include musical notation for most, and eventually all of the hymns. Over the years many of the 1835 melodies were replaced with new or different tunes. By 1948 most of the original melodies were lost or forgotten.

Thanks to the work of Kurt F. Kammeyer of Highlands Ranch, Colorado, many of the original 1835 melodies have been recovered. Kurt’s reprint of the original Emma Smith hymnal contains both text and notation with well-researched information on each hymn. Our research relied heavily on Kurt’s hymnal. Many of the arrangements heard on our recording are based on the 1835 melodies printed in Kurt’s book.

As we arranged each hymn we tried to use instruments that felt right for each melody. We weren’t necessarily trying to create authentic period arrangements, but instead we wanted to use traditional acoustic sounds to create new arrangements. We wanted a sound reminiscent of the early 19th century, but also something that allowed for new creative possibilities and craftsmanship. In order to accomplish this we used some very special instruments. Many of the instruments used on this recording are unique in that some were handmade by Geoff, while others date back to the earliest years of the 20th century. Geoff built the wood-top banjo, heard on Guide Us, O Thou Great Jehovah (and several other tracks), the low “D” whistle, heard on The Spirit of God, and the bodhrán, heard on The Lord Into His Garden Comes. The piano used on Glorious Things of Thee Are Spoken is Mark’s 1904 Coronado upright model. The mandolin heard on The Lord Into His Garden Comes is Mark’s 1921 Gibson F-4 model.